Home Cyber Threats The Rise of the Insect Drones – There Goes the Last of Your Privacy! 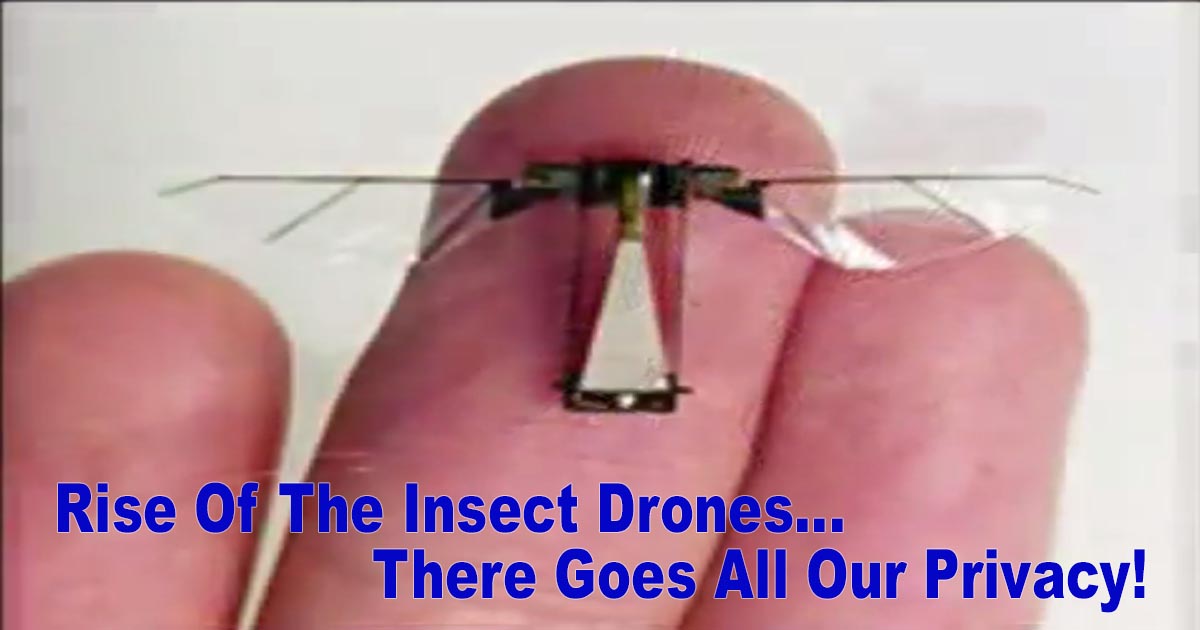 There’s a race taking place in the world of drones – a race to make drones smaller, stealthier and more undetectable. Unfortunately, that means a big threat to all our privacy!

Like all technology, drones are constantly getting smaller, more capable and cheaper. In just a few short years, they have gone from the exclusive (and very expensive) tools of the military to relatively cheap consumer products that are sold by the tens of thousands each month.

And, it’s not just the drones themselves that are getting more capable and compact – the digital video cameras that are often onboard are getting smaller by the day as well.

As Popular Science explains in a recent article on this topic (here):

TechJect, a company that spun off from work done at the Georgia Institute of Technology, recently unveiled a robotic dragonfly with a six-inch wingspan. It weighs in at 5.5 grams (lighter than a quarter) and can be outfitted with modular electronics packages enabling high-definition video and wireless communication. The TechJect Dragonfly takes advantage of an aerodynamics principle called resonance. When wings flap at their most efficient frequency—which happens when air density, wing speed, and an organism’s weight are perfectly balanced-—they create waves of vortices that merge and build. The audible result is the hum of a hummingbird or buzz of a bee, says Jayant Ratti, TechJect’s president. A flapping-wing drone utilizing resonance generates significant improvements in energy efficiency, creating optimal lift with minimal effort.

And, this is just the beginning:

Ratti and his team made the product commercially available to hobbyists and early adopters last year, and they plan to release another version by the end of 2014 for other markets. “The acceptance has been phenomenal,” Ratti says. “It is not yet a mature technology, but it’s getting there. We are still getting feedback and making improvements.”

Add all this together and you have the perfect recipe for governments (and bad guys) to engage in secret surveillance. When a video camera can be mounted on a mosquito-sized drone and flown in silence, would you be able to tell that you were being secretly filmed? Unfortunately, the answer is probably not.

To get more of an idea of the current state of micro-drone development, take a look at these videos: