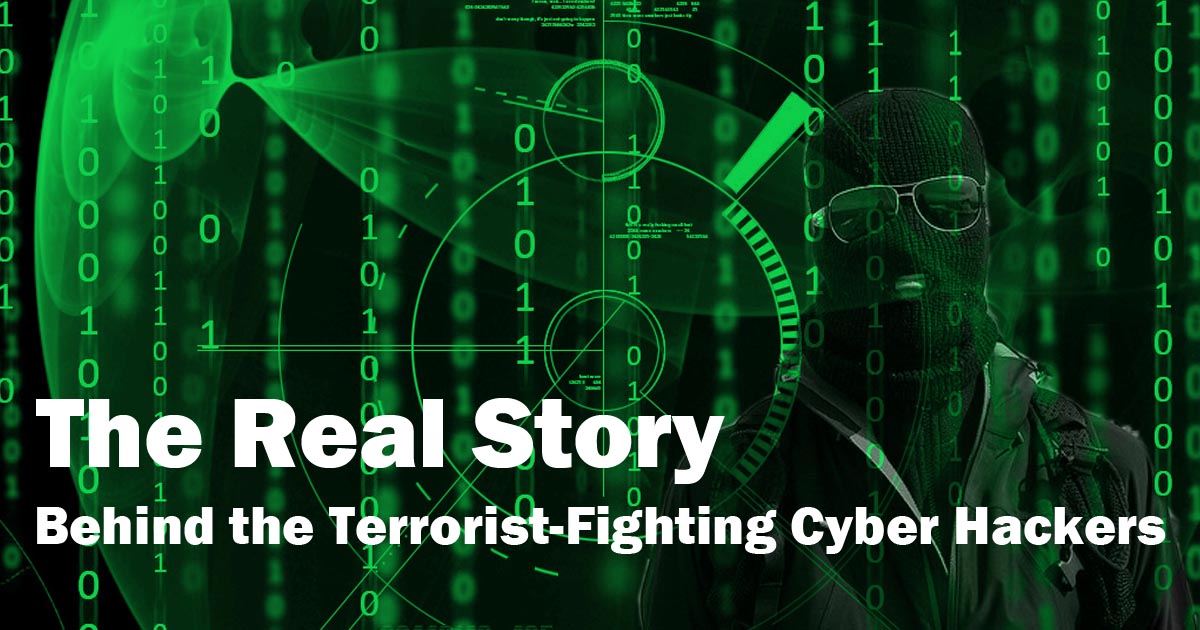 You’ve probably heard about the hacktivist group, Anonymous, who are receiving some credit in the news recently for taking down over 500 alleged ISIS-run Twitter accounts.

In truth, a anti-terrorist hacker group known as GhostSecGroup is making a much bigger impact in the cyber-fight against the enemy.

Since the Charlie Hebdo massacre in January, the small group of elite, experienced hackers began to work to break down ISIS’s online presence.

The group had humble beginnings, starting with a bunch of people with varying skills who shared a common desire to destroy the online presence of ISIS joined together to form GhostSec – in hopes that their combined skills would cause more damage to ISIS.

GhostSecGroup operates a two-pronged approach to fighting against the terrorists: The first is CtrlSec, which deals primarily with Social Media. Instead of hacking ISIS, they corroborate on where the terrorist group communicates online then passes that information along to sites, like as Twitter, which in turn bans those particular accounts (around 90% that CtrlSec sends them).

The groups second (and primary) approach is to hit the terrorist group where it really hurts: targets such as ISIS-affiliated domains, websites and forums. Theses attacks rarely make news as they are done much slower and less flashy. The goal is typically to gather intelligence rather than completely take down a website. Forums are scrubbed for terrorist chatter and sometimes the group will plant moles to extract further information.

Although GhostSec recognizes Anonymous, they’re all but thrilled with Anonymous’s recent cyber “attacks” against ISIS and warn that they may in fact do more harm then good.

“When it comes to terrorist attacks, one of the big worries is that you could take down forums and cost someone their lives,” DigitaShadow, executive director of GhostSec said. “Anonymous has a habit of shooting in every direction and asking questions later.”

DigitaShadow went on to explain that there can also be an issue of differentiating right targets from wrong. Today, GhostSecGroup consists of a wide network of experts, volunteers and Arabic translators who have the knowledge and experience to ensure that the target they end up taking down is an actual ISIS hub.

“Sometimes it’s hard to differentiate an insurgent site from an innocent Muslim site…I’m afraid it’s a lot of friendly fire.” DigitaShadow said when referring to Anonymous.

GhostSec claims their direct efforts can be attributed with preventing actual terrorist attacks and copycat massacres.

“RHS Chelsea Flower Show 2014” by phsymyst is licensed under CC BY 2.0