Home News Something Scary Is Happening With Radiation In St. Louis – And No One Is Talking About It (yet)! 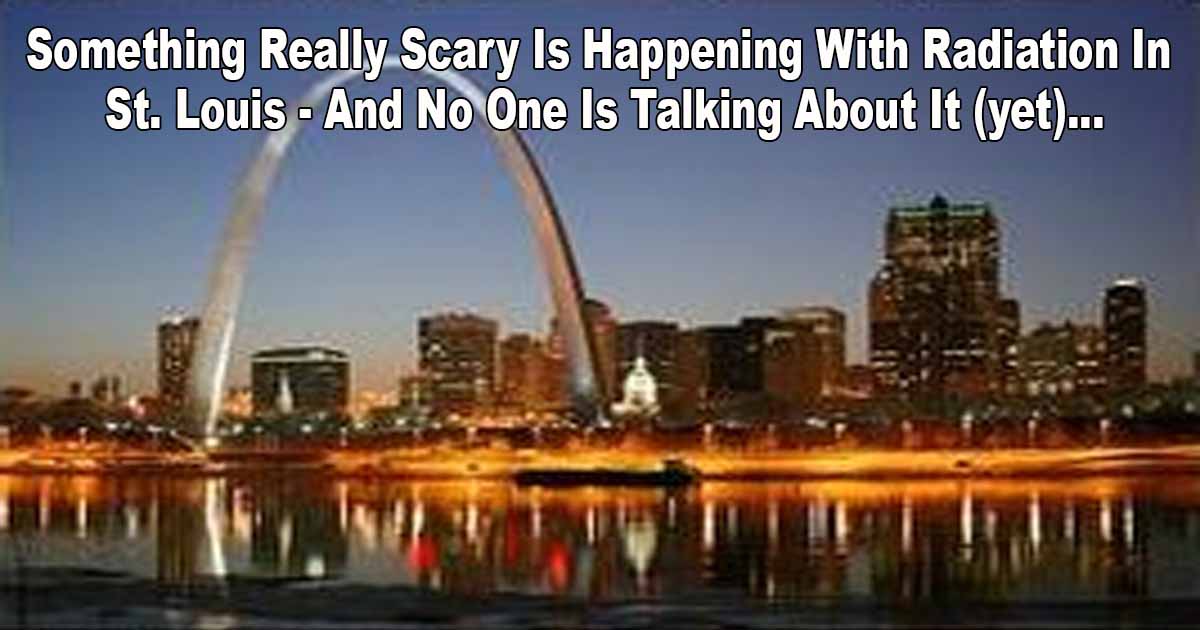 If you haven’t heard about the looming, potential radiological disaster in the St. Louis area, you’re not alone. The mainstream media hasn’t said a peep about it (yet).

Just northwest of the St. Louis Airport, near the town of Bridgeton, is the West Lake landfill. What is unusual about this particular area is that radioactive waste from the World War II Manhattan Project was dumped there in 1973 (an estimated 100,000 tons of it!).

Fast forward to today and a long-smoldering underground fire in the nearby Bridgeton landfill has been difficult to contain and may be making its way towards the nuclear waste.

To make matters worse, no one knows the exact boundary of the radioactive waste, so we can’t be sure how far the fire is from the nuke waste.

As if that’s not bad enough, the St. Louis area has received torrential rains resulting in the potential for severe flooding in the area.

As detailed at TheAntiMedia.org

“Of significance is the fact that the largest estimated amount of thorium-230, a long-lived, highly radiotoxic element is present at West Lake — more than any other U.S. weapons storage or disposal site. Soil concentrations of radium-226 and thorium-230 are substantially greater than mill tailing waste. The waste residues from the Mallinckrodt [Chemical Works uranium processing] site were found to contain the largest concentration of thorium-230 from any single source in the United States and possibly the world. Thorium-230 concentrations were found to be some 25,000 times greater than its natural isotopic abundance. […]

On Dec 30, a peer-reviewed study, published in the Journal for Environmental Radioactivity, disclosed a startling fact about West Lake: radiological contamination has, indeed, seeped outside the already vague boundaries of the site. According to the study:

In fact, nearly half the samples were found to have concentrations of Lead-210 above the acceptable limits established by the U.S. Department of Energy in managing the uranium plant in Fernald, Ohio, which stored the same Manhattan Project-era wastes. The samples “are consistent with water and radon gas releases” from landfill sites employed for storage of such legacy uranium. Alvarez, who wrote the previously-mentioned report in 2013 and who co-authored this study, stated in an interview Tuesday,

“The stuff we’re talking about at West Lake is hotter than what you would find in a typical uranium mill tailings operation.”

Even though the mainstream media isn’t covering this potential disaster, you can count on Prepping News to keep you up-to-date with the information you need.