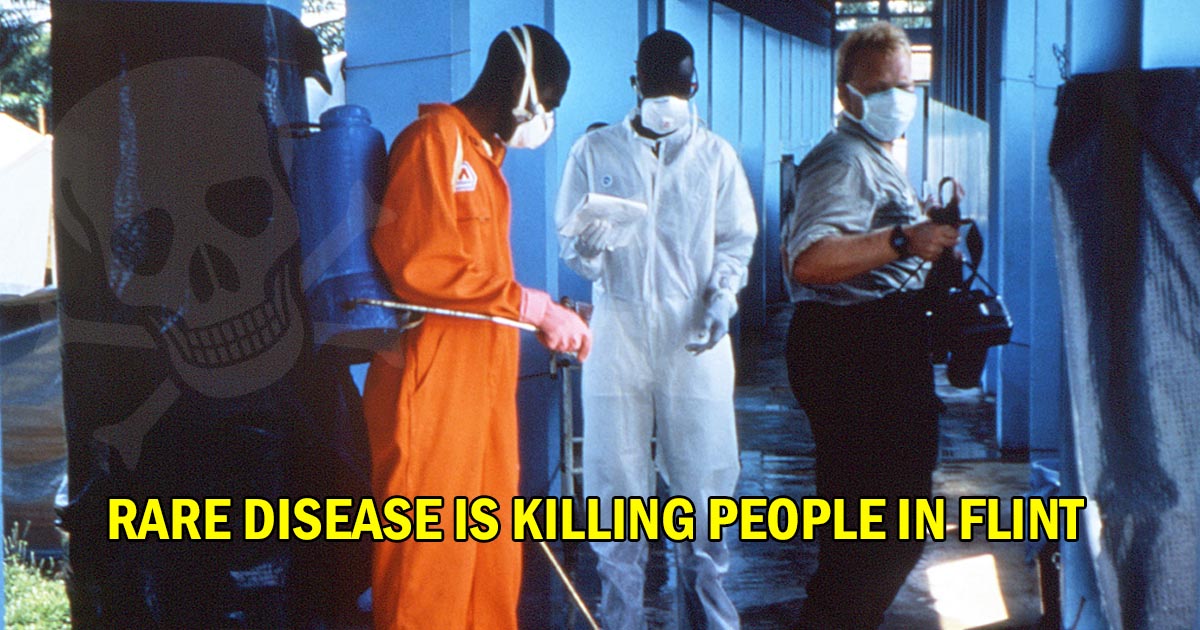 The citizens of Fint, MI were initially concerned, and now it seems now they might be dying.

New evidence has emerged that the toxic lead levels in the water in the town of Flint has reached over 900 times the EPA limit for the first time since the citizens began dealing with lead tainted water in 2014 – nearly 3 years ago.

A recent rise of Legionella or “Legionnaires’ Disease” has produced 87 cases of the disease, 10 of which were fatal in Genesee County.

According to the article from usuncut.com:

The rare disease has been linked to poor management of water filtration systems and infrastructure, and the rise in cases came after Genesee County switched from Lake Huron to the Flint River for the city’s water supply. The money-saving move initially led to a spike of lead poisoning in children.

Dr. Marc Edwards, a Virginia Tech researcher who has been researching Flint’s water crisis said he can’t definitively link the outbreak to the Flint River, but that there is a clear association, and the increase of cases after the Flint River was tapped as Genesee’s main water source is dramatic. He also said the failure of the city to properly treat Flint River water could have resulted in the outbreak. In 47 percent of cases, the infected person’s water source was from the Flint River.

Legionella isn’t transferred by person to person contact, but by the inhalation of microscopic water drops. After infection, it is a serious bacterial lung condition that can lead to pneumonia-like symptoms and death if not treated.

It’s usually detected in natural bodies of water but can multiply rapidly if it contaminates artificial water supply systems. Larger buildings are more vulnerable to Legionella, because small amounts of the rare bacteria can spread quickly through complex water supply systems. Twelve New Yorkers were killed and 127 were left ill from an outbreak of Legionella in the South Bronx in August when the bacteria was discovered at 14 sites, including water cooling towers and hot water distribution systems.

The water in Flint is virtually unusable without a filter…

The situation in Flint has certainly reached a breaking point. Read the full story here.