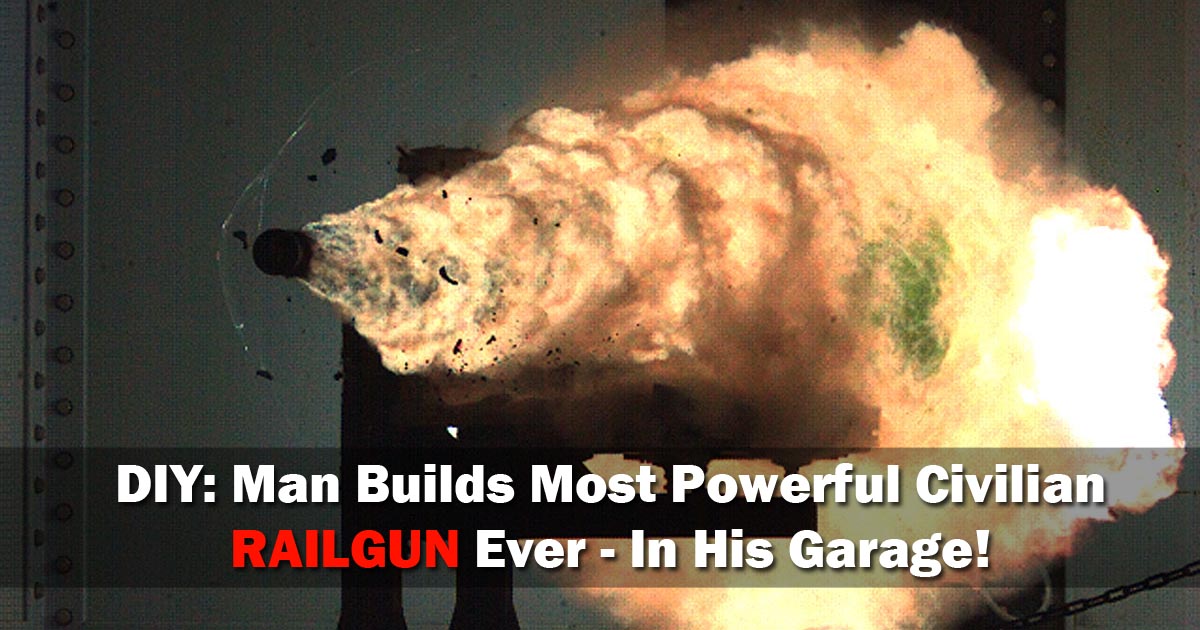 *WARNING: DO NOT try this at home!

For those unaware, a railgun (by Wikipedia definition) is an ” electrically powered electromagnetic projectile launcher based on similar principles to the homopolar motor. A railgun comprises a pair of parallel conducting rails, along which a sliding armature is accelerated by the electromagnetic effects of a current that flows down one rail, into the armature and then back along the other rail.”

Non-Wikipedia definitions would define them as “cool as sh*t.”

The U.S. government is currently researching railguns as a weapon with a projectile that would use neither explosives nor propellant, but rather rely on electromagnetic forces to achieve a very high kinetic energy. While current kinetic energy penetrators such as an armour-piercing fin-stabilized discarding-sabot can achieve a muzzle velocity on the order of Mach 5, railguns can potentially exceed Mach 10, and thus far exceed conventionally delivered munitions in range and destructive force, with the absence of explosives to store and handle as an additional advantage.

In its simplest (and most commonly used) form, the railgun differs from a traditional electric motor in that no use is made of additional field windings (or permanent magnets). This basic configuration is formed by a single loop of current and thus requires high currents (e.g. of order one million amperes) to produce sufficient accelerations (and muzzle velocities). A pulsed, direct current power supply is required for all railguns.

Is all this science getting to your head yet? Well one man decided to build his very own 250lb mobile railgun in his garage for personal amusement and research. Needless to say, it’s freaking awesome:

See how he built his railgun from scratch HERE.