Home DIY Projects If You Don’t Have These 13 Items For Your Urban Survival BOB, You’re Already SOL 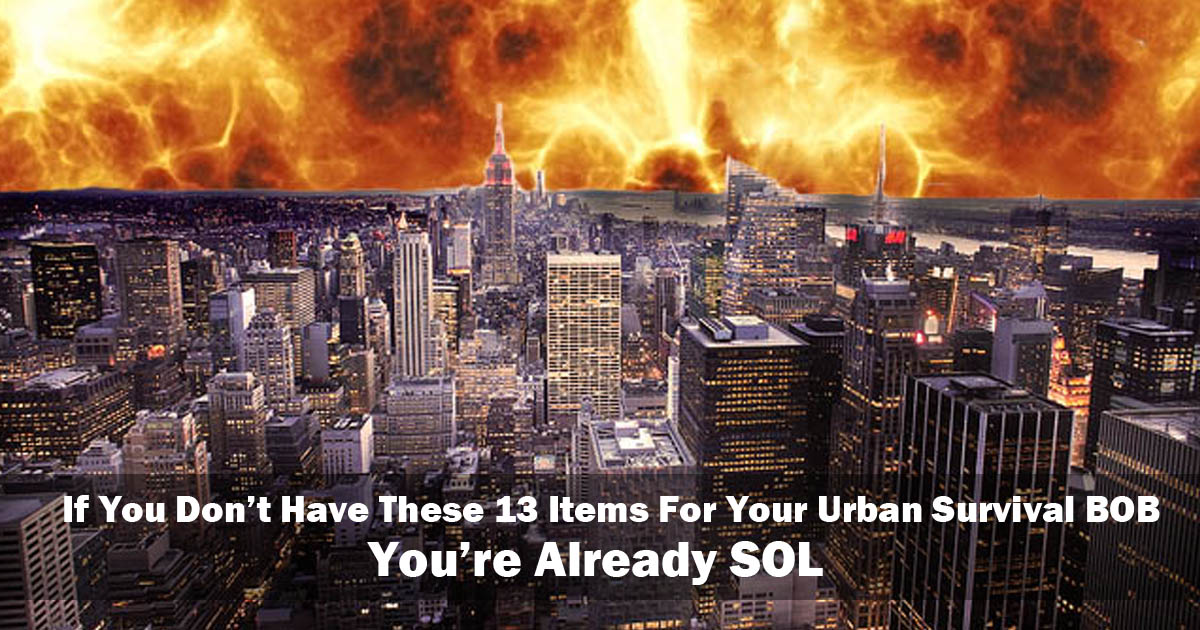 If you’ve spent any time looking into what makes the perfect BOB, you’ve probably noticed that a good majority cater to rural survival scenario.

But the fact of the matter is, is that statistics show that more and more US citizens are moving toward urban lifestyles meaning that our cities are getting more and more crowded. According to new numbers just released from the US Consensus Bureau, 80.7% of the US population live in urban areas – a boost of 79% from the 2000 consensus!
As any city slicker will tell you, city living ain’t the same as country livin’.

We’re not here to tell which of the two lifestyles is better, but we are here to tell you that if SHTF you WILL face some unique challenges as an urban dweller.

That’s why we’ve put together 13 Essential Items specifically for your urban Bug Out Bag:

#1 – Crowbar (acts as your hammer and pry tool)

“New York City Skyline at Blue Hour from the Top of the Rock HDR” by Katie Haugland is licensed under CC BY 2.0

“Explosion” by Filter Forge is licensed under CC BY 2.0