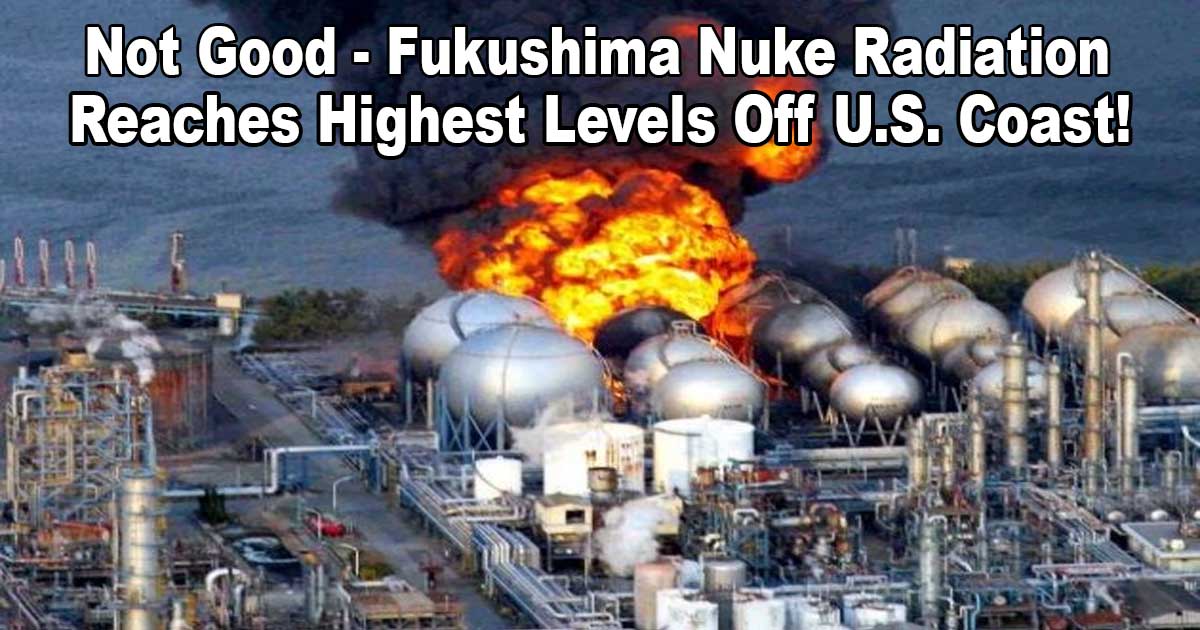 It was almost five years ago that a massive tsunami hit the coast of Japan triggering a major disaster at the Fukushima nuclear power plant.

The aftermath of that disaster has been covered in lies and misinformation. At every step of the way, we’ve been told that everything is under control, only to learn later that the situation is far from under control.

First, a report that was written by the US Nuclear Regulatory Commission shortly after the disaster, was just declassified. We learn from that report that the disaster was even worse than we thought.

As reported at RT.com:

“100% of the total spent fuel was released to the atmosphere from unit 4.”

“…unit four contained more cesium “than in all 800 nuclear bombs exploded above ground”.

Cesium has been linked to thyroid cancer, which is on the increase in the Fukushima area since the tsunami, according to the US National Library of Medicine.”

Next, we learn that all that Fukushima radiation has made it to our part of the world. From Inquisitr.com

“Researchers say that the highest levels of radiation have been detected in North America since the Fukushima Daiichi nuclear disaster. Radiation from the disaster has been carried by currents in the Pacific Ocean over the last four years and has now been detected in high concentrations off of the U.S. coast. Researchers say that the highest levels of the radioactive isotopes were found off the coast of San Francisco.”

In case you don’t think a nuclear disaster on the other side of the globe can cause problems for us, think again. This is one of the biggest threats we face and it is still a very serious situation that could definitely get a lot worse!