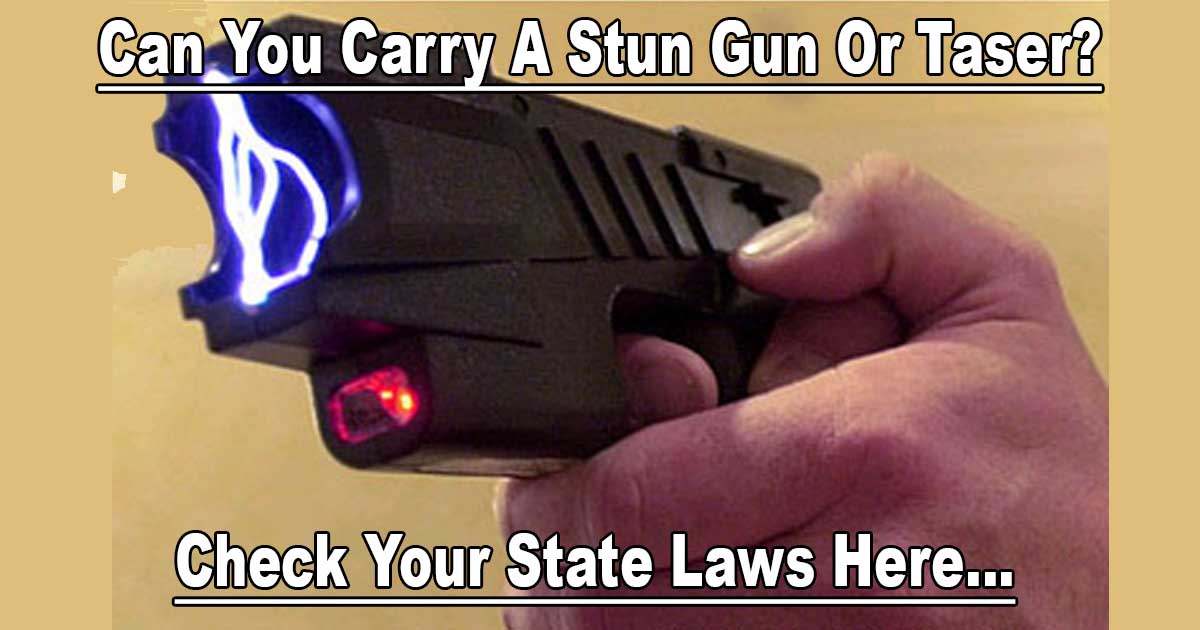 For certain situations, a non-lethal (yet incapacitating) weapon is a good choice for personal defense.

Stun guns and tasers often fit the bill when you’re looking for something that can bring down an attacker, yet not cause their death.

However, just because stun guns and tasers are considered “non-lethal” that doesn’t mean they are unregulated or that you can conceal them in all states, or jurisdictions. In fact, several states have outlawed the possession of these weapons.

For advice on the situation, we turned to Criminal Defense Lawyer.

“The legality of owning and carrying a stun gun or Taser will depend on state law and, in many states, local ordinances as well. When looked at as a whole, however, it’s generally easier to own, carry, and use a firearm in the United States than it is to do the same with a stun gun, whose capacity to injure and kill is vastly less than that of a firearm.”

They’ve got a comprehensive list of the laws for all fifty states, so if you’re considering purchasing a stun gun or taser, you’ll want to check the specifics of your state.