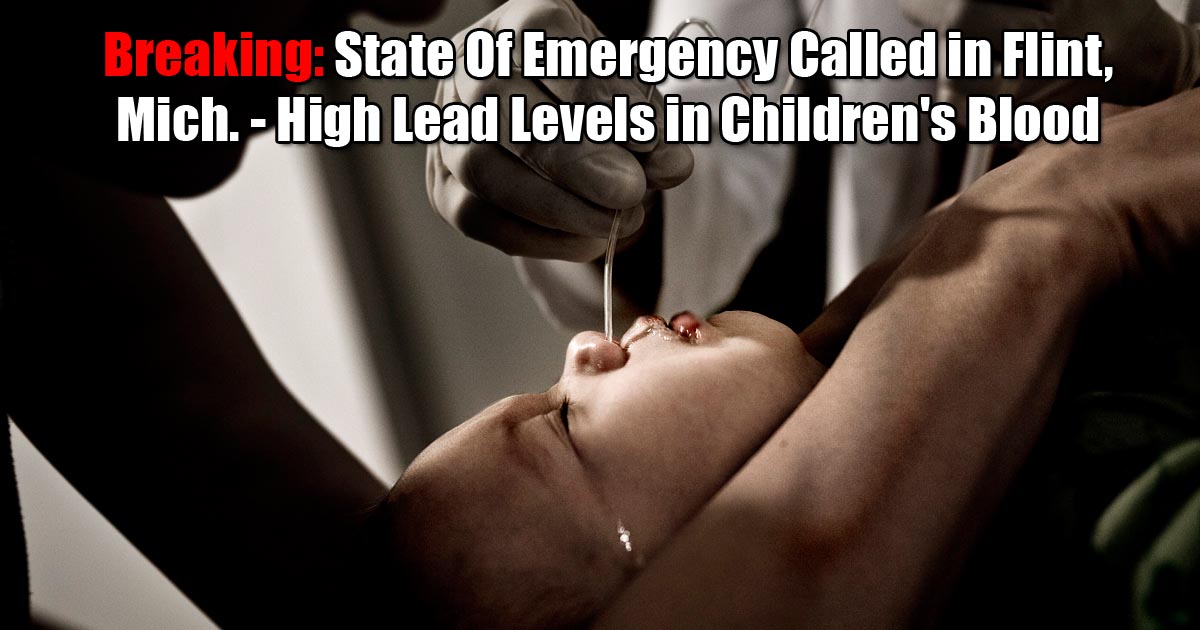 Flint Mayor Karen Weaver declared a state of emergency on Monday due to high levels of lead levels in children’s blood, according to multiple news sources.

For months prior, patents of Flint flooded their pediatricians’ offices worried that something was wrong…

It wasn’t until this week, that the abnormally high levels were ‘discovered.’

According to WHO (World Health Organization), “lead affects children’s brain development resulting in reduced intelligence quotient (IQ), behavioral changes such as shortening of attention span and increased antisocial behavior, and reduced educational attainment. Lead exposure also causes anemia, hypertension, renal impairment, immunotoxicity and toxicity to the reproductive organs. The neurological and behavioral effects of lead are believed to be irreversible.”

One college resident stated that he had received numerous emails in the past year assuring him that the water had been tested on campus and was safe to drink, then received an E-mail this week telling him to immediately cease all water consumption and all of the fountains were being removed.