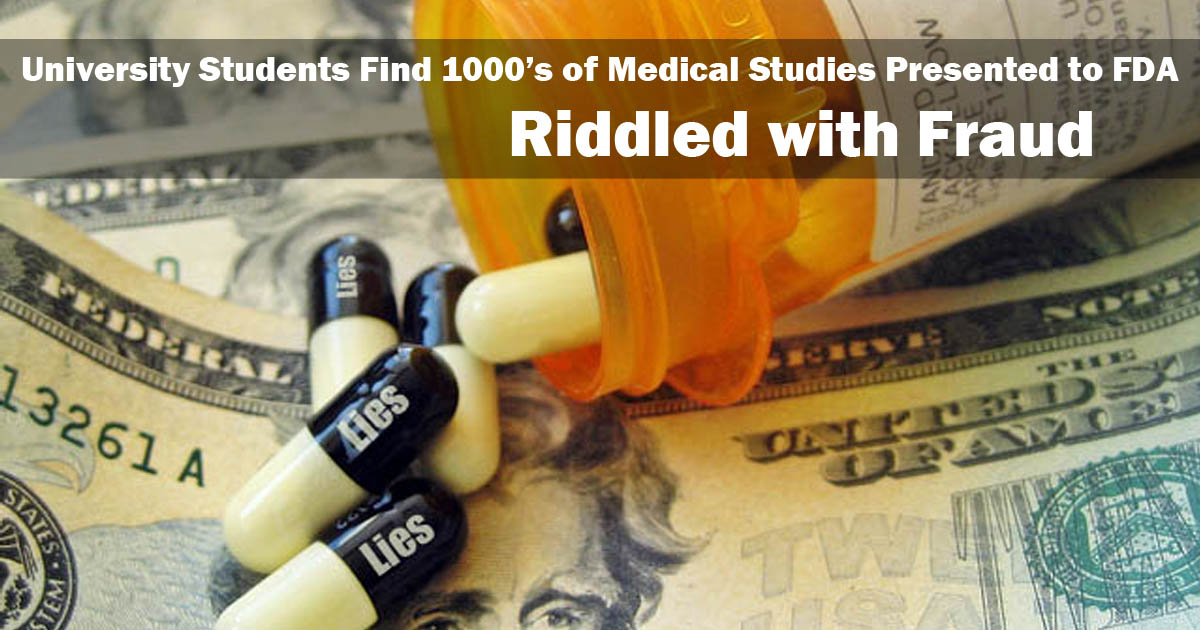 What happens when you take major profits and combine them with regulation? You get an industry that’s ripe for cheating and swindling.

Case in point: medicine – particularity when it pertains to medical devices and prescription drugs.

Charles Seife of Arthur L. Carter Institute of Journalism at New York University, along with students, examined the FDA inspection files (available to the public) for clinical trials. Their primary objective was to ascertain if violations in clinical trials were later mentioned in “peer-reviewed literature.”

What they discovered was both disconcerting and heinous – literally thousands of incidences where such violations were rarely included in this literature. Some of the violations went as far to include data manipulation and complete fabrication, as well as falsifying of documents and records.

One specific file case concerns a prescription drug used to treat acute sinus infections. The FDA charged that the company faked X-rays to demonstrate a successful trial for patients suffering from Acute Bacterial Sinusitis infections. According to the FDA internal investigation, the X-ray reports were in fact lies and the drug was utterly ineffective.

The doctor who apparently signed off on the reports swore in an affidavit that the signature on the reports was not hers, while the FDA state that the x-rays used were falsified.

This indicates that not only were fake X-rays used, the signature on the accompanying documents was forged.

“Medicine Cost” by Images Money is licensed under CC BY 2.0